Driving the Age of Opportunity 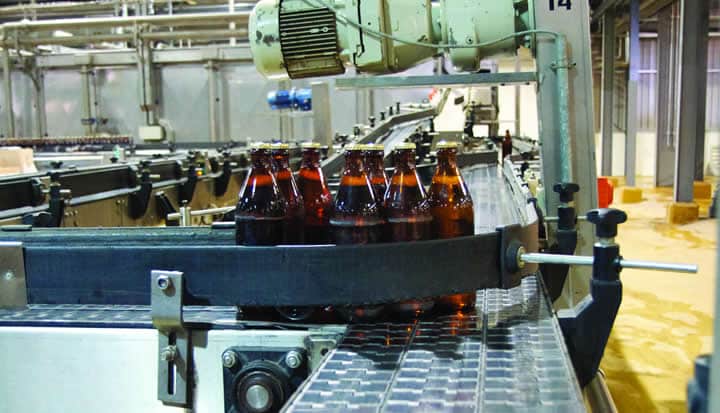 Driving the Age of Opportunity


Despite gloomy predictions a decade ago, no one would now deny that sub-Saharan Africa is thriving. Economic growth has been strong, sustained and higher than the global average. Strong demand for Africa’s rich mineral wealth has, of course, helped fuel this performance. But the best performing regional economy has been East Africa which has relatively little natural wealth. Our continent’s richest resource is turning out not to be gold or oil but the energy, talents and resilience of its people.

This is not to say, of course, that everything is rosy. There are still many challenges to overcome. But we are seeing progress in areas such as poverty reduction and improvements in life expectancy; and perhaps the most striking characteristic of the continent today is a new mood of optimism. It is a confidence which perhaps those who have lived outside Africa and returned notice even more. There is a widespread belief right across the board that this not any more about possibilities, as in the past, but solid achievement and progress.

It is a new era which is being noticed well beyond the continent. Foreign investment into Africa is now five times what it was a decade ago and now stands at twice the level of official development aid. Businesses and countries across the world are keen to have a stake in Africa’s future. There is, in turn, an increased recognition of the importance of business investment and the private sector in driving prosperity.

At SABMiller, we have watched this discovery of Africa’s rich potential with pleasure but no surprise. We began brewing beer on the continent well over 100 years ago and have operations in 16 African countries. We may now be a global player but our roots and heart remain very much here.

And we have been anticipating and responding to Africa’s new confidence and growing prosperity. In the last five years, our investments on the continent have totalled over $1.75 billion and we have said that we anticipate a further $400-$500 per year over the next few years. We believe this has an impact beyond our business and we wanted to see how and where this impact is manifested, in order to help us maximise the wider benefits.

So we commissioned an independent academic report by Professor Ethan Kapstein of INSEAD to look at the role that a business like SABMiller is playing in Africa. That study confirms the importance of the private sector in driving this new African age of opportunity.

The study was based on detailed research into our operations in Ghana, Mozambique and Uganda and used this as a basis for understanding our impact across the whole of sub-Saharan Africa, excluding South Africa.

We directly employ around 13,500 people across the continent. But it surprised even us to learn that each of these jobs supports another 56 in the broader economy, adding up to a total of 765,000 jobs across the continent. Every one of our jobs supports another elsewhere in manufacturing, five in trade, five in transport and communications, 21 in services and 24 in agriculture.

It is true, of course, that the way we operate as a business maximises our employment impact. Wherever we can, we source, brew and sell our drinks locally. By working with local enterprises and using local expertise and knowledge, we can cut costs, lower prices and increase demand. We believe that everyone gains from our business model.

The figures are equally striking when you consider the broader impact of our businesses on the economy. The study found that the direct value of SABMiller’s African operations outside South Africa are worth over $500 million but the overall value added injection of extra revenue into the economy from taxes, incomes and contracts is more than $2 billion.

So what are the lessons to be learnt from a report like this? First, it underlines the role of the private sector in driving employment and prosperity in Africa. One of the reasons for continued confidence in the future is the widespread recognition by Governments that they have to work with business to create the conditions where companies can thrive, whether that’s through improved infrastructure or a stable economic environment.

Second, it shows the power of supporting domestic businesses. The report found that substituting imports for our locally-produced drinks would cost nearly 300,000 jobs. So countries are right to put the focus, where they can, on how they can develop local operations.

Finally, it shows that having a local business model as we do pays dividends not just for the countries in which we operate but for the companies ourselves. By supporting jobs and increasing incomes, we are increasing consumer spending and demand for our drinks which, in turn, creates new employment opportunities. It is, in the end, this increased consumer power which is one of the greatest forces for good within Africa.