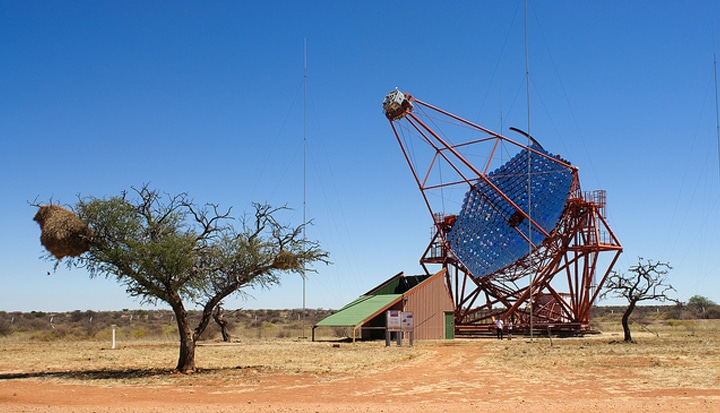 
Africa is undergoing an unprecedented economic transformation. Recent research from the World Economic Forum shows that regional growth will remain stable above 5%. In addition, six out of 10 of the world's fastest economies are on the continent and Africa is attracting strong levels of foreign direct investment.

Yet Africa’s scientific and technological development is not keeping pace with its strong economic growth. Business leaders regularly complain about the lack of local labour forces with technical and scientific skills. In fact, 90 percent of CEOs in Africa are highly concerned about the low availability of key competences on the continent. Additionally, although scientific research output doubled on the continent between 2003 and 2012, this increase was largely dependent on international collaboration. What’s more, despite the growth in scientific research, there has not been a similar increase in registered innovations. Unfortunately, no African countries featured in the top 20 countries for patent applications in 2013, according to the World Intellectual Property Organisation. As a result, Africa is trailing behind its peers such as China and Brazil who are investing heavily in science and R&D.

Yet, as the biggest source of job creation, private sector companies can and should help accelerate scientific and technological advancement on the continent. Below are four ways local and global businesses can help African countries to boost science and technology.

First of all, for profit companies can partner with local universities to create high quality STEM curricula. Businesses could help overworked faculties to design and deliver courses that equip students with both a deep understanding of science and technology, as well as practical skills for the workplace. They can also use their considerable financial resources to help universities provide equipment to deliver this training. For instance, Phillips unveiled a state-of-the-art medical training simulation lab on the University of Johannesburg’s campus in recognition of the lack of trained and skilled healthcare professionals on the continent. As a result, students will gain exposure to current medical technologies and prepare them to succeed in a high- pressure work environment. This can help companies to reduce the costs of investing in workforce training, as well as assist universities to market themselves as destinations for ambitious students.

Businesses should also provide talented young scientists with financial assistance so that they can undertake postgraduate and postdoctoral training in African universities, by increasing industry focused scholarships and placements. Major global players including IBM are doing so with its IBM-Research in Kenya, which has established a new resident scientist program for schools in Kenya and other African countries. The applicants are leading scientists and researchers from pre and post-doctoral backgrounds, as well as from academia, government, or industry, and work with IBM researchers in the physical lab environment. Such initiatives allow private companies to build a pipeline of skilled local talent and encourage our best scientists to stay on the continent.

In a recent article for the New African, Harvard University professor, Calestous Juma, argued for the importance of entrepreneurship on the continent, and suggested that African universities could be used as incubators for new companies. While creating this role for higher education institutions may require reforms to redefine their missions, businesses could harness their expertise and financial resources to help universities create incubators for new science and tech companies. A great example is the Advanced Technology Development Center at Georgia Institute of Technology, which Forbes named one of 12 business incubators changing the world for launching more than 120 tech companies that have raised more than $US1billion in outside financing. Its 2015 sponsors include Amazon Web Services and Thompson Technologies, which are donating their time, money and resources to the Center. These investments can help foster a new generation of talented young entrepreneurs who can create solutions to Africa’s greatest development challenges, and expose private sector companies to top talent.

Across the world, young women are significantly underrepresented in STEM universities, and big tech companies. This is also true in Africa. According to the UNESCO Institute for Statistics, countries such as Ghana, Nigeria and Ethiopia having a 5:1, 4:1 and 10:1 ratio of male to female researchers respectively.

However, if we are really serious about increasing Africa’s scientific and technological output, then we must ensure that 50% of the continent’s populations are empowered to play an active role in this endeavour. With the significant resources and strong brand equity at their disposal, businesses are well positioned to encourage young women to pursue STEM careers. They can also recognise talented women scientists for their achievements. For example, seventeen years ago, L’Oréal and UNESCO founded the For Women in Science programme to promote the importance of ensuring greater participation of women in science. Every year, they acknowledge five brilliant young female researchers in Africa and the Arab States, Asia/Pacific, Europe, Latin America, and North America for their contributions to physical science. The prizes they receive will give them the means to pursue their most cherished research projects, thus removing many of the barriers and obstacles that prevent many women from pursuing a career in science.

The Planet Earth Institute explored these ideas further at the #ScienceAfrica UnConference on July 21 in London.