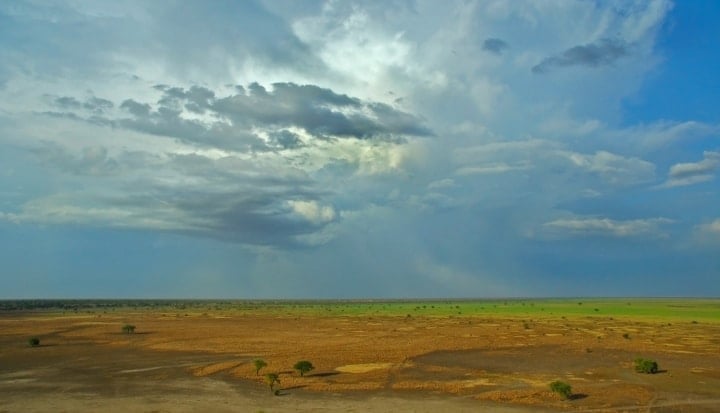 Barley is a temperate crop and doesn’t grow well in most of Africa, so much of it has to be imported. This is costly, and leaves buyers subject to price and currency fluctuations on the world market. A local cereal alternative for brewing is sorghum, which is tolerant to draught and is known to improve soil quality for rotational food staple crops. However, sorghum yields are highly variable and smallholder farmers don’t grow sufficient quantities of the high-quality variety needed by international brewers like Diageo and other food sector buyers.

Since the 1990s, Diageo has been working to localise grain supply chains in Nigeria, Ghana, Kenya and Uganda, with good results. Inspired by their success elsewhere, in 2008, Diageo and its Douala-based subsidiary, Guinness Cameroun SA, decided to build a local sorghum supply chain in Cameroon to create new income opportunities for local farmers and at the same time protect themselves from unexpected price hikes and reduce the overall cost of raw materials.

At the time, sorghum was not generally grown for food. To convince local farmers of the benefits of sorghum cultivation, they needed education and awareness-raising, as well as hands-on technical assistance to produce sorghum at high enough levels of productivity and quality to be profitable.

Guinness Cameroun knew it would only get one growing season to make the sorghum project work – if farmers failed, and forfeited the earnings of an entire harvest, it would be incredibly difficult to convince them to try again. The company needed a credible, reliable implementing partner with the knowledge, networks, and capabilities to work with farmers on the ground. It also needed the financial resources to sustain a comprehensive approach.

Diageo and Guinness Cameroun put in US$250,000 of their own resources and secured a matching grant from the Africa Enterprise Challenge Fund – a US$50-100 million fund to catalyse private sector-led agricultural development, supported by donor governments including the United Kingdom, Australia, and the Netherlands.

To implement the programme, Guinness Cameroun partnered with Winrock International, a global non-governmental organisation with a special focus on agricultural development. The organisation identifies farmers’ cooperatives with the potential to produce sorghum, provides them with the training they need to produce at high levels of productivity and quality, helps facilitate access to finance from

local banks, and manages relations with Guinness Cameroun, the buyer. Guinness Cameroun contributes financial resources, a dedicated staff member, and most importantly, a ready market for some of the sorghum that is produced – at the same time helping to develop a sustainable market including other buyers. All partners – Diageo/ Guinness Cameroun, Winrock, and the Africa Enterprise Challenge Fund – adhere to a pre-agreed project management plan and monitor progress to identify areas where additional resources must be applied.

By the end of 2010, two years after launching the project, Guinness Cameroun will have purchased an estimated 600 tons of sorghum. In 2011 alone, the company expects to purchase 500 tons. And by 2015, it aims to replace 30% of previously imported barley with local sorghum. More than 1,100 farmers, with women representing 67% of this total, have participated in training and their productivity is estimated to have risen by 0.7 metric tons per hectare – which represents an average of US$41 in additional cash income.

Partnership has been a critical success factor for the Cameroon Sorghum Project so far, allowing Diageo to access resources and technical expertise not readily available within the company. The Africa Enterprise Challenge Fund has provided needed funding. Winrock has provided expertise and on-the-ground implementation capacity that Diageo and its local brewer, traditionally importers of barley, did not have. The brewer, Guinness Cameroun, has provided a reliable market for the sorghum that farmers produce – critical to building and maintaining their trust in the programme. Diageo, for its part, has contributed lessons learned from other local sourcing programmes in Africa and helped bring the various partners together.

Clear accountability for stated objectives has helped the partners work effectively together and build relationships of trust, which are especially critical as experience grows, revealing new challenges and opportunities that must be addressed. These relationships of trust underpin the sorghum project in Cameroon where the partners are committed to building long-term sustainability and competitiveness into the emerging local supply chain. At the same time, these relationships are providing the foundations for future work in other countries in Africa. Diageo, Winrock, and the Africa Enterprise Challenge Fund are now in discussions to develop new programmes in East Africa on the basis of what they have done together in Cameroon. To Diageo, this demonstrates a trend from transactional to true, value- added partnership with the potential for impact on a broad scale.