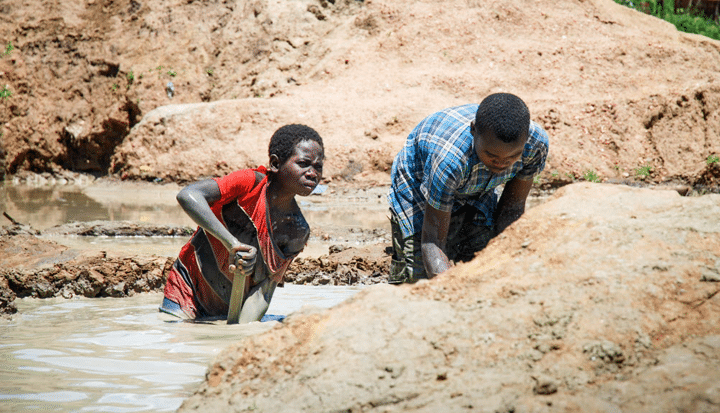 
The post-2015 development agenda must not only build on the Millennium Development Goals but go much further. This means that those left behind in the MDG era need to be reached. A business-as-usual approach is insufficient and will not deliver the kind of development gains that are essential to reaching zero targets in areas such as ending preventable maternal, new-born and child deaths and eliminating hunger and malnutrition.

There was strong support amongst interviewees for affirming the importance of cross-sector partnerships (including those with business amongst the partners) in reaching and positively affecting development outcomes for the most vulnerable.

Where interviewees differed in their views was on whether ‘market-based’ cross-sector partnerships are realistic and/or appropriate for reaching the needs of this ‘most vulnerable’ group. Across the interviews with those who felt this was feasible, there was a clear view that such solutions are only viable at this very bottom of the pyramid – the most vulnerable living in Fragile States – if there is an element of subsidy to offset the short- to medium-term market entry/development costs (a number of interviewees defining ‘market-based’ as the ability to achieve profitability within approximately three years). Interestingly, those interviewees who did not see market-based cross-sector partnerships as being viable for reaching the most vulnerable were not, in principle, against the concept of market-based solutions in a development context. Rather, most made positive comments about the value that market-based approaches can bring, but only at higher strata of the pyramid (see Figure 1).

Figure 1: Adjusting the contributions of business to cross-sector partnerships so as to maximise the impact for the most vulnerable

The challenge of reaching the most vulnerable is most acute in Fragile States. It is perhaps not surprising that none of the interviewees felt that market-based cross-sector partnerships were a viable option for reaching the most vulnerable in fragile contexts. This is by no means to say, however, that business (operating within a cross-sector partnership) cannot make a significant contribution in these places. Improving physical access to the poorest communities (through development of infrastructure) and capacity building within both the government and the broader economic environment are important examples. Business can also partner with civil society to exert its influence with governments, advocating for action on poverty and injustice. Of course, a company’s first responsibility is to set an example with its own behaviour. In Fragile States in particular, World Vision strongly encourages companies to do more than just comply with existing domestic legislation and, as well as not exploiting governance gaps, to apply the same good standards of governance that they are obligated to follow elsewhere.

World Vision believes the post-2015 framework needs to ensure that the financial, political and technical resources of the international community are directed to the most vulnerable. To the same end, World Vision recommends that companies, also, take a holistic, portfolio view of their investments to ensure they are aligned in a way that maximises the benefits to the most vulnerable. This could include, for example:

Finally, it is noted that all of the above must be set in the context of the continuing need for the promised levels of ODA and the primacy of domestic funding. Increasing the domestic revenue base of poorer nations is essential to achieving a sustainable end to poverty. World Vision supports the momentum that is building on addressing tax avoidance and recommends that the post-2015 framework include measures to ensure companies make full and proper contributions of tax – and noting that developed countries also have responsibilities on this issue.