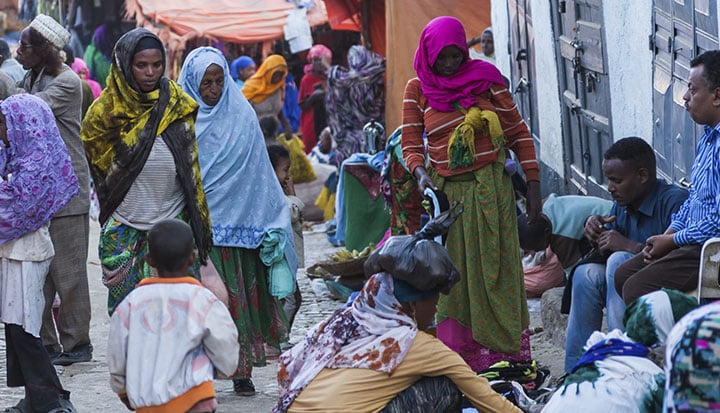 
In the spirit of this year’s Global Partnerships Week (GPW) theme of “Leveraging Innovation in Partnerships”, Concordia has long been a proponent of innovative and collaborative efforts that advance global security agendas combating violent extremism (CVE). Many of the GPW partners, and a number of the affiliated organizations and events this week, have dedicated significant time and resources to developing CVE programs and partnerships that curb the ever-expanding reach of global extremist narratives.

21st century radical movements pose particular challenges that surpass traditional manifestations of conflict, as extremist propaganda continues to infiltrate borders – both physically and digitally – around the world. These narratives continue to permeate rhetoric among the most vulnerable. Extremist ideology has historically resonated with the unemployed, disenfranchised, and marginalized groups in areas of political and economic turmoil. The greatest potential to address institutional failures, close gaps in opportunity, and identify innovative links between government, business, and society arises from reaching the target groups of these unrelenting demagogues.

Concordia was initially founded to focus on the role of the private sector in combatting violent extremism. The inaugural Summit identified at-risk areas in which public-private partnerships could alleviate social and economic conditions that fuel extremist attitudes and behavior. The 2011 Concordia Summit, coinciding with the 10th anniversary of 9/11, featured a live simulation depicting an emergency meeting of global leaders responding to a terrorist attack. Led by Former Homeland Security Advisor Frances Townsend, select attendees portrayed cross-sector world leaders working in tandem to confront a crisis of global proportions. From this inaugural convening, it was evident that cross-sector collaboration has a greater potential to drive forward solutions to a variety of global challenges that are not adequately addressed unilaterally.

Current cross-sector CVE efforts include Google’s recent launch of a pilot program in the UK aimed at reducing the online influence of groups like ISIS, by allowing nonprofits to place ads deterring would-be jihadists on certain searches. The P2P (Peer to Peer) Challenging Extremism Initiative is a U.S. government effort led by the State Department, managed by EdVenture Partners, and supported in part by Facebook. Through P2P’s dynamic outreach campaigns, the US government is working with university students to reach individuals who are particularly vulnerable to extremist messaging, as well as the general public. The Muslim Public Affairs Council’s “Safe Spaces Initiative,” utilizes a refined model of the U.S. Department of Education’s threat assessment method to raise awareness and prevent recruitment of youth, offering an alternative to government oversight as an independently funded group.

These partnerships, and many of those highlighted during this year’s GPW, are a testament to the fact that success lies in a partnership’s ability to leverage private sector expertise, efficiency, and scale alongside government scope, reach, and influence. To sustain the success of current counter-extremist programs and establish effective solutions to future challenges, public-private partnerships in the CVE space must tap into innovative systems of communication and coordinate efforts strategically to combat these extremist narratives.

Initiatives like Global Partnerships Week help identify best practices and address common challenges by bringing together partnership practitioners across sectors. Concordia is thrilled to be partnering on the third annual GPW alongside the U.S. Department of State Secretary’s Office of Global Partnerships, the U.S. Agency for International Development’s Global Development Lab, and the PeaceTech Lab.

We hope you will join us in highlighting and discussing the power of P3s during GPW and throughout the year. To learn more about Global Partnerships Week or to get involved, please visit p3.co. Follow the conversation on Twitter using the hashtag #GPW2016 and following the GPW hosts @GPatState, @GlobalDevLab,@ConcordiaSummit, and @PeaceTechLab.

This article first appeared on www.p3.co and is reproduced with permission.