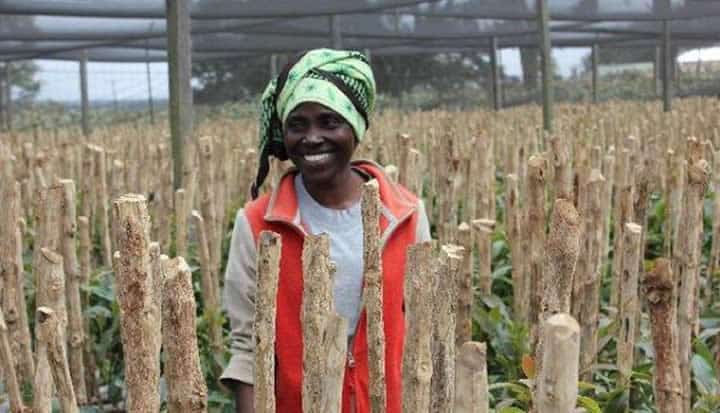 According to the recently released World Bank Report entitled “Tanzania Economic Update: Stairways to Heaven (February 2012),” the World Bank has forecasted approximately 6 percent growth in the Tanzanian economy for this year. One of the major sectors at the heart of this economic growth is agriculture. It provides 85% of the exports, it employs 80% of the total work force and accounts for 45% of Tanzania’s GDP (CIA World Factbook).

Previous growth in the economy and the contribution of agriculture has been largely influenced by past and current macro-economic reforms. These reforms have helped to open up the sector to private investment in production and processing, as well as input importation and distribution. Tanzania’s business climate has since improved. The World Bank’s ‘Doing Business’ report states that one needs a total of 12 steps/procedures to follow in order to register a firm and just 29 days to finish this process.

The Africa Enterprise Challenge Fund (AECF) fully recognizes the significance of agriculture to Tanzania’s economy, most of which is carried out by smallholder farmers. In November 2010, AECF invited all companies interested in investing in Tanzania’s agribusiness to apply for funding. The objective of the AECF funding in Tanzania, and indeed in the continent, is to make agribusiness, finance, renewable energy and information market systems work better for the poor in rural areas in Africa.

AECF is already impacting Tanzania's market systems. An example of a change in market systems is 'Project Green Gold'. The project is an innovative venture run by Rungwe Avocado Company (RAC). RAC has introduced a small holder cashcrop - avocados - of European export quality to the Rungwe region in Tanzania. Smallholder farmers grow and package the avocados in a controlled atmosphere which are then shipped to the UK and other markets.

Another example is Mtanga Farms Limited (MFL). It has started a seed potato project that will - for the first time in 30 years - make available clean seed potatoes to 150,000+ farmers in Tanzania. MFL’s seed potato project will transform the entire potato value chain in Tanzania, transferring know-how and technology to the Tanzanian Ministry of Agriculture, opening up the sector to new entrants, creating jobs for local farmers, smallholder seed multipliers, and distributors. More projects, within the AECF Tanzania Agribusiness portfolio are influencing market systems. These include projects in the out grower schemes for smallholders, livestock and dairy products, seed and fertilizer projects, and agricultural transport logistics.

AECF’s portfolio in Tanzania continues to expand. With a total of 14 companies in agribusiness in Tanzania, there is still high demand for investments in this sector. The AECF expects that over 4 million entrepreneurs, subcontractors, employees and clients in Tanzania will benefit from these projects over the next six years.

Following the success and demand from the first round (TZAW Round 1) and other AECF competitions based in Tanzania, AECF has launched a second round of competitions and is now receiving applications specifically for business ideas in a second round of the Tanzania Agribusiness competition (TZAW Round 2).The competition will support ideas in the fields of agribusiness, associated service sectors, rural financial services and value chains which extend from rural Tanzania to local and international markets. To qualify for funding the business idea should be commercially viable and have a positive impact on the rural poor.

Visit the AECF website www.aecfafrica.org/tanzania to get more information or to apply.