CEO of Care on Private Sector Solutions for Development 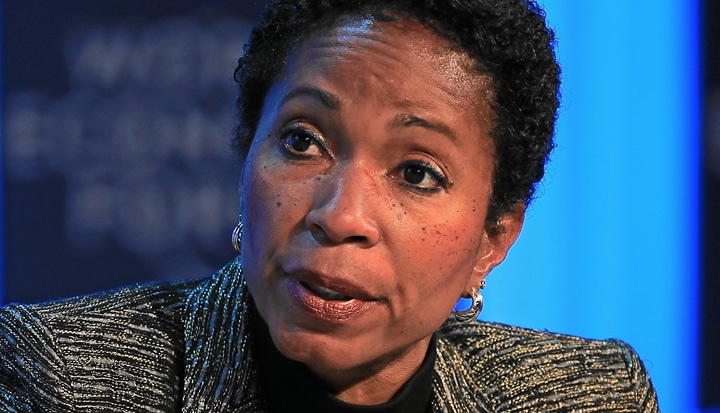 CEO of Care on Private Sector Solutions for Development


Last night I had the pleasure of hearing from, and later speaking to CARE International CEO, Dr. Helene Gayle, as she discussed the role of private sector solutions and engagement with the NGO community, in yielding sustainable development. Dr. Gayle from the outset wanted all to have the fundamental understanding, that when it comes to development, business is an integral part of the process, and women must be included.

Taking a look at CARE International’s approach, in the early stages of their work in this area, micro-finance was the primary focus. This then expanded to a multi asset approach with efforts being spread to other important areas of interest, including inclusive value chains, policy and advocacy work, consumer engagement, employee engagement, social enterprise expansion, and expertise sharing.

Increasing the accessibility to financial services is where a lot of CARE’s devotion lies. ‘Banking on Change’, a partnership between CARE, Barclays bank and Plan UK has managed to reach more than 500,000 people, in connecting the informal savings groups to the formal financial sector. This is alongside the very well known and well received Village Savings and Loans Association.

Dr. Gayle concluded her talk with the reiteration of the desperate need of cross collaborating partnerships, quoting UN Secretary General Ban Ki-moon who said; “If sustainable development is to become a reality, we need to unleash a wave of public-private partnership on a much bigger scale”.

Then came questions from the audience. Like many organisations, a key focus of CARE is women and girl inclusion. Countless research has been undertaken, and results have shown that when women are economically empowered, there is greater family growth and family capacity expansion. All in the audience were in agreement with the theory and the reasoning of these findings. The concern of some members however, was the challenges and potential consequences of these efforts that may be seen to go against cultural and traditional beliefs of gender roles. When asked to address this, Dr. Gayle outlined the large extent to which the men of the community, are involved in these processes, and actually learn new skills from the greater involvement of the women. She citied an example, though not business orientated, a useful example nonetheless, in Ethiopia, where fathers were informed on and shown what truly happens during female genital mutilation practices. This inclusion of the men of the community was necessary in bringing the severe practices to an end.

The partnerships between NGOs and the private sector should continue to be encouraged, given the great potential they serve in bringing meaningful development to communities. However we must also recognise the important role governments play, in providing a strong policy framework, ensuring stability and fostering an attractive investment environment that will determine the level of success of these cross-sector engagements.

The underlining and reoccurring theme of many of the questions raised, was the issue of trust, when establishing partnerships between the various organisations from different fields, as well as the trust between the organisations and the local communities. Though it is not an easy issue to address, the key to trust building, Dr. Gayle stated, begins with creating a common dialogue, and a continuous reinforcement of the shared vision of all the work and the effort being employed.