Business and governments must maintain commitment to Africa’s development 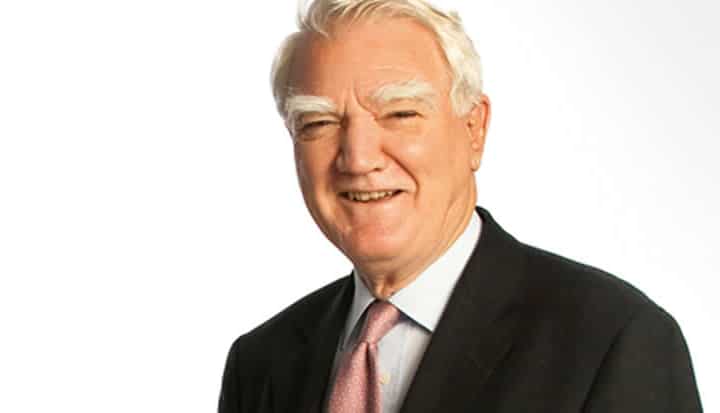 Business and governments must maintain commitment to Africa’s development

A year ago we stood at the mid-point of the period which governments had designated for the achievement of the Millennium Development Goals (MDGs). At that point global leaders recognised the reality that, especially in Africa, the Goals were unlikely to be achieved. Progress had been patchy and China, in particular, had been notable in its achievement of lifting hundreds of millions of people out of poverty. But it was sobering to reflect that Africa had done so relatively poorly in relation to the MDGs even after its best decade of economic performance since the 1960s. One of the changes adopted by political leaders at that time was to recognise the importance of the private sector’s role if the MDGs are to be delivered.

Twelve months on, the prospects for achieving the Goals look even dimmer in the aftermath of the most precipitous decline in economic growth, in world trade and industrial output for seventy years. Ironically, this is one economic downturn which cannot be blamed upon poor governance, conflict, the ‘resource curse’ or upon poor macro-economic management in Africa. This recession clearly has its roots in the political North through failures in governance, regulation and markets.

The fact that African leaders may be relatively blameless does not, however, change the severity of the impacts upon ordinary Africans. Indeed the impacts will probably be worse in the short-term than they might once have been, because of Africa’s growing integration into the global economy. I should, though, underline that I do not see this as an argument, taken over the cycle, for Africa to go into reverse in its embrace of globalisation. Indeed Africa has a palpable interest in attracting greater investment, in securing freer access to overseas markets, in building its capacity to trade and in securing reform of rich countries’ agricultural practices and policies.

However, amid their own mounting debts, the ability of leading donor nations to expand their development aid will almost certainly come into question. This means that Africa will need to look at mobilising a greater proportion of the capital it needs from the private sector and major investors in Africa will, in turn, need to maximise their linkages into their host economies.

Top of the agenda should be an acceleration of reforms to improve the investment climate. Each year, the World Bank publishes a league table ranks thing the ease of doing business in around 190 countries bearing in mind factors such as property rights, regulation, tax, labour markets and infrastructure. Africa has a growing number of strong reformers including Ghana, Botswana and Burkina Faso; in 2008 Mauritius was the first African country to rank in the top 25 investment destinations. But, when the continent so badly needs to attract inward investment, to keep more of its own capital at home and to generate new small and medium sized companies, it is a sad fact that the average ranking for African countries was 138th – by far the worst ranking for any continent. My principal interest in this is not to make life easier for multinational investors; rather it is to see regulatory reforms which make it easier for companies to start and grow in the formal sector. In many developed countries, smaller firms account for anything up to 50% of GDP; in Africa this rarely rises much above 10%.

Alongside the Bank’s work, the Investment Climate Facility for Africa (ICF) is now working to see what melding public and private sector funding and skills can achieve. Anglo American was the first business to pledge funding for the ICF which now has commitments totalling $175 million from donors and companies. It is early days, but the Facility is supporting almost 30 worthwhile projects in eleven countries plus a number of cross-border initiatives. These are primarily in four categories: legal reform to support the settlement of commercial disputes; streamlining company registration and licensing processes; reforming customs and tax systems; and property rights and land reform as a means of increasing access to capital. At the head of the list of project implementers are post-conflict countries like Rwanda and Liberia; Senegal, Tanzania and Burkina Faso also figure prominently. But the Facility needs to make inroads into Africa’s bigger economies and to scale-up what is being learned from its early projects. If the results of the ICF’s upcoming two year review are positive, then G8 governments should be looking to expand the resources available to investment climate reform.

The next big challenge is infrastructure. China is bringing interesting models to Africa based on its own development experiences. If some of these investments were more transparent and involved the importation of fewer Chinese workers, then these big infrastructure investments would be a clear and positive plus. At a time when public works are back in fashion, G8 governments should be looking to bring more funds to bear on renewing African infrastructure. It is critically important to look at how public and private sector capital can be mobilised in areas like transport, telecoms, water and power generation. The current economic downturn may, for example, merely be disguising that in parts of Africa the power infrastructure is close to collapse after years of under-investment; this may become a major constraint on growth in the continent.

A third important area is trade. African countries can do a great deal more to open up trade opportunities between themselves and the G8 should be active in one last attempt to deliver on the Doha ‘development’ round. The G8 should also accelerate their commitments on Aid for Trade – building Africa’s capacity to trade. The North –South Corridor programme, which has secured $1.2 billion in commitments, provides a good model of a multi-donor, integrated Aid for Trade programme that tackles both soft and hard infrastructure constraints and will reduce the cost of trade in relevant regions.

Finally, it would be perverse for me not to address some key extractive industry issues. The good news is that during the recent boom in commodity prices it seems that the development outcomes achieved by most resource-rich countries in Africa were better than in previous cycles. This reflects the steady improvements in governance, democratisation and conflict prevention achieved over the last decade together with sector specific measures such as the Extractive Industries Transparency Initiative (EITI). Nevertheless, for a major extractive company two challenges dominate the sustainable development agenda in Africa – water and jobs.

Climate change has increased water insecurity in many locations. If mining is to be acceptable we must convince communities that we will not adversely affect the quality of their water and that we will not compete with other users for limited supplies. This means that we have to improve our water efficiency, look at means of reusing and recycling and of improving the transparency surrounding our operations.

In relation to jobs, the days are long gone when a new mine automatically meant thousands of low skill jobs for local people. Certainly we can, through training, bring artisan roles within reach of many communities but if we are to make a dent in typical levels of rural unemployment in many parts of Africa we have to be pro-active in firstly, maximising linkages from our businesses into local economies; secondly, in building capacities and viable businesses through enterprise development schemes which provide mentoring and access to capital; and, thirdly, in working with others to boost existing livelihoods, such as improving agricultural practices or finding improved routes to market for local products.

Some people question whether international businesses should be easing back on their involvement in sustainable development initiatives during the recession. But for most major investors in Africa, especially those in the extractive sector, this would be short-sighted. Major companies need to maintain their commitments if we are to remain welcome in the countries and communities where we work. Similarly, the G8 governments should not be scaling back on their commitments to Africa just because of their difficulties at home.