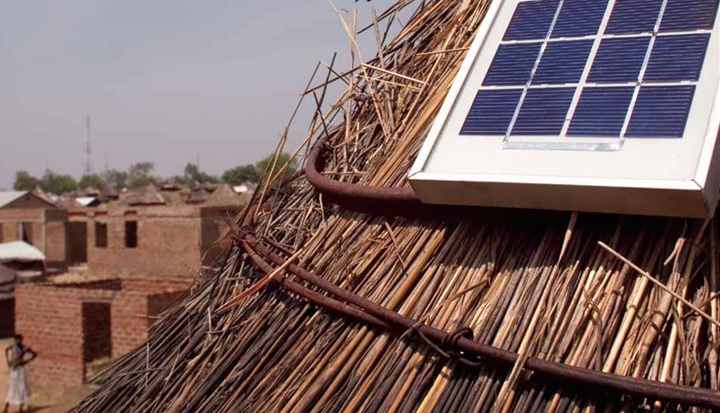 
On Saturday, 29th of March, many westerners switched off their lights to celebrate Earth Hour. The Big Ben, Times Square in New York and the Kremlin in Moscow were just a few of the iconic landmarks that joined millions of people who dimmed their lights to raise awareness about saving energy and reducing our carbon footprint.

But at time when the West needs to think hard about their energy consumption levels and their environment impact, 1.3 billion in the developing world live without electricity, many of them in Africa.

So while we'll boil a kettle, charge our phone and type on our laptops, a family in rural East Africa will be preparing supper on an open fire kerosene stove or a fire, and their children will be doing their homework in the flickering light of a kerosene lamp. Lack of access to energy is one of the more pervasively debilitating aspects of poverty.

Energy is central to sustainable development and poverty reduction. It affects all aspects of development - social, economic, and environmental - including livelihoods, access to water, agricultural productivity, health, population levels, education, and gender-related issues.

President Obama said that access to electricity is 'fundamental to opportunity' And and the African Development Bank has estimated that inadequate energy infrastructure holds back economic growth in Africa by 2% per year. Without expanding access to energy services for the poor and increasing the quality of the services available, Africa is being held back.

But where will all the extra energy and infrastructure come from? According to the International Energy Agency, if the target of universal access by 2030 were to be achieved, 60% of the new electricity access would need to come from mini-grids and small off-grid solutions. That means that a big part of the solution will be entrepreneurs and not the state grid.

At GVEP (Global Village Energy Partnership), we work to increase access to energy for the poor by stimulating local economies and supporting local energy businesses. We want them to be able to opt for a nice clean portable solar lamp instead. We don't impose solutions. That’s one reason for favouring a market-based approach. It’s about giving people opportunity to choose to buy and thus also lower their costs.

But in order for them to have a choice, we need to address the supply side, which in this case means both product supply and credit supply. Many energy entrepreneurs feel that they cannot access markets that require a range and volume of inventory, which they have neither the capital nor the expertise to build up. Organisations like GVEP can help to connect buyers with suppliers, and both with capital, and help to create a well-oiled supply chain between supplier and consumer.

The lack of adequate supply of capital to both energy entrepreneurs and consumers is a critical restraint on the widespread use of modern energy. In a conversation between prospective borrower and lender, the entrepreneur doesn’t know what’s expected of him and the financial institution doesn’t understand renewable energy. The result is that the extent of financial inclusion of small energy businesses is currently very limited.

GVEP seeks to address this by, for example, linking entrepreneurs to local microfinance institutions (MFIs), offering training to demystify renewable energy for MFI staff, training entrepreneurs on how to apply for a loan and deal with banks, and in some cases offering loan guarantees to get the ball rolling.

Take for example, PowerGen, a Kenyan micro-grid business that delivers solar and wind energy solutions to the East African market. With the help of our Advisory team who provided financial access and micro-grid development support, PowerGen has been able to complete 41 installations (to date), and is focused on developing community- scale micro-grid systems, with a pipeline of over 25 community projects and plans to reach even more.

We firmly believe that energy, particularly clean energy, will boost Africa and lift people from poverty. But for this to happen, we need to nurture and understand the amazing contribution that private entrepreneurial initiative can make to society, especially in the field of international development. Aid which supports enterprise has the same odds of success as that of any other business investment. So it’s not guaranteed, but at least it’s supporting the right behaviours in a developing economy.

So let’s not switch off the lights on Africa. Let’s remember how important it is to combat energy poverty and make sure that any aid is being used efficiently and effectively. And encouraging entrepreneurs is efficient- because it costs a lot less to help a stove seller to sell 100 stoves than it costs to give away 100 stoves; and effectively - because people who buy stuff are going to make sure it is what they need.