The Role of Business in Building a Human Economy 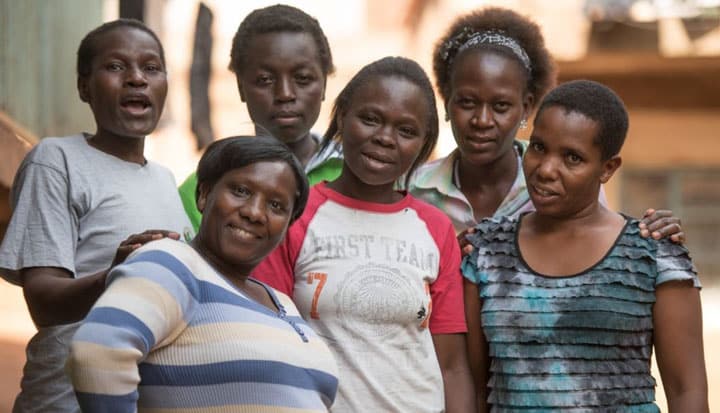 The Role of Business in Building a Human Economy


Eight billionaires own the same wealth as the 3.6 billion people who form the poorest half of the world's population.

An Economy for the 99 Percent, a new report by Oxfam, shows that the gap between rich and poor is far greater than had been feared. New and better data on the distribution of global wealth - particularly in India and China - indicates that the poorest half of the world has less wealth than previously thought. If this data had been available last year it would have shown that nine billionaires then owned the same wealth as the planet's poorest half rather than 62, as Oxfam calculated at the time.

Our report shows that in 2015 the world's richest one percent retained their share of global wealth and still own more than the other 99 percent combined. This concentration of wealth at the top is holding back the fight to end global poverty.

The report describes how the inequality crisis is being fuelled by companies whose business models are increasingly focused on delivering ever-higher returns to wealthy owners and top executives. Companies are structured to dodge taxes, drive down workers' wages and squeeze producers instead of fairly contributing to an economy that benefits everyone. The key theme of the 2017 World Economic Forum, which is taking place this week in Davos, is responsive and responsible leadership

Oxfam is calling for a fundamental change in the way we manage our economies so that they work for everyone, not just a privileged few. The report is published amid increasing concerns about the economic status quo, with the Bank of England's Chief Economist warning recently that a 'rebirth of economics' is needed to replace out-dated models.

While the number of people living in extreme poverty has decreased in recent decades, 700 million more people could have escaped poverty if action had been taken to reduce the gap between rich and poor. Experts including the World Bank and the International Monetary Fund warn that further progress is under threat because of inequality.

Oxfam's report describes how life for the world's poorest people remains brutally hard. Between 1988 and 2011 the incomes of the poorest 10 percent increased by just $65, while the incomes of the richest 1 percent grew by $11,800 - 182 times as much.

The poorest are the biggest losers of our distorted global economy, especially women who tend to labour in the worst-paid jobs and take on the lion's share of unpaid care work. On current trends it will take 170 years for women to be paid the same as men.

Economic inequality has shot up the global political agenda in recent years with President Obama and the IMF among those who have cited Oxfam's work on the issue. Inequality and a feeling among many people of being excluded from the benefits of global growth have also been cited as driving political upheaval from Brexit to the elections of Rodrigo Duterte and Donald Trump in the Philippines and US.

Oxfam is calling for a more human economy where markets - a vital engine for prosperity - are better managed in order to ensure no one is left out or denied basic rights such as decent work, healthcare and education.

Key features would include:

In the UK, out-of-control pay ratios means that the average pay of FTSE100 chief executives is 129 times that of the average employee - and equivalent to the earnings of 10,000 people working in garment factories in Bangladesh.

Investors' share of UK corporate profits has soared to 70 percent from 10 percent in the 1970s, meaning that less is being re-invested in workers and the long-term health of the business. Meanwhile, pension funds' holdings of UK shares have plummeted from 30 percent 30 years ago to just three percent today.

Extreme inequality isn't inevitable - with the right policies and practices, government and business leaders can rebalance our broken economies so they work for all of us and bring the end of poverty closer. We need a new common-sense approach that ensures a fair deal for workers and producers; requires those who can afford it to pay their fair share of tax; and ensures that women get a fair chance to realise their potential.