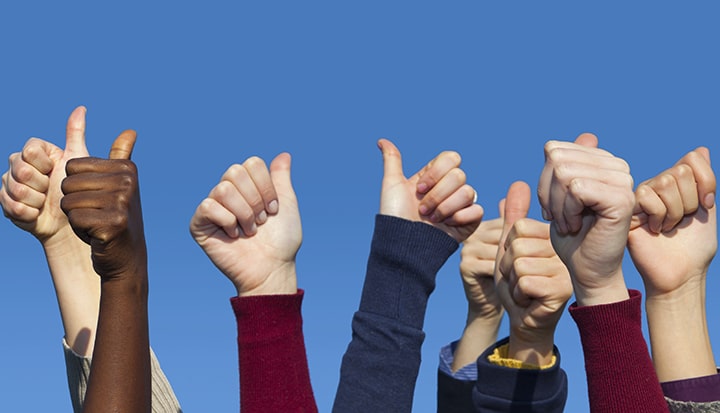 Three main barriers to creatingshared value—and the business leaders who are breaking them. (Photo: iStock)


“If so many so-called win-win opportunities for companies exist, why haven’t more been taken?” poses New York Times contributor Eduardo Porter in a September 8 op-ed exploring the shared value management approach. Yes, why indeed! If companies can truly profit by doing good, then why aren’t all of them doing it?

What an intriguingly simple question and one that I am asked frequently. While many elements of this simple question could be unpacked extensively, here are three broad themes of why more shared value win-win opportunities haven’t yet been realized:

Hopefully, we’re in the throes of casting off the pernicious effects of short-term focused shareholder primacy. But, in general, we still live in a world where the corporation serves shareholders first, foremost, and in narrow financial terms. This view has led us to many unhelpful consequences including: (1) the short-term management mindset focused purely on financial returns as expressed by the never-ending merry-go-round of quarterly earnings reporting; (2) the shortening of investment time horizons with incipient, misguided impacts such as that social and environmental issues are externalities to be managed and minimized to help deliver the next quarter (rather than sources of competitive differentiation and innovation); and (3) A financial industry that has largely and quite unhelpfully transformed itself from having an actual social purpose of financing the growth of great companies to arguing that the core purpose of finance is to make money and provide market liquidity. Perhaps predictably, this flawed operating model has then generated...

Society’s Negative Perceptions about the Role of Business in Society

Far from being viewed as potential solvers of social and environmental problems, companies are viewed broadly as creating them and, even worse, prospering while creating them. Remember in the last presidential campaign when candidate Mitt Romney had the temerity to suggest that companies were made up of people? He was excoriated. Isn’t it hard to believe that the private enterprise system that underpins our whole way of life and has delivered billions of people from poverty to comfort is held in such disdain? But, ultimately, I believe today’s sentiment is an expression of the broad societal sense that the current system magnificently benefits a few at the expense of many. So, a poor capitalistic operating model combined with negative societal perceptions leads us to...

And, here, we take a look inside the companies and see that most are, in fact, organized to deliver a bottom line in exactly the system in which they operate. Is that really a surprise? They primarily have hived off social issues to the side of the business to be managed and minimized. They manage a cacophony of external stakeholders responding more swiftly when pressure increases and letting off when pressure decreases. As Eduardo Porter points out, sometimes they opt for a well-worn PR strategy of a billboard in Times Square instead of understanding the social and economic case to be made from having well-trained, dedicated employees that prefer working for them instead of their competitors.

And, for the companies that do undertake the shared value journey and are attempting to reconnect their business strategy deeply with society, they find that the internal journey is rocky and uneven—trying to set goals on social issues linked to the business, crafting a business case showing a return and over what time frame, embedding social and environmental issues into annual business plans, and doing this all in an environment when job descriptions and incentives haven’t changed to elicit such behavior.

Add in an MBA pipeline that is still largely being taught from the “old playbook”, and you’ve got a powerful formula to resist change. Is it any wonder then that groups, like the Intrapreneur Lab, successfully connect like-minded individuals across companies and that one of their greatest successes is just helping people see there are other people in other big companies like them?

But, there are reasons for hope.

In this light, frankly, it’s a wonder that there is any change whatsoever. Yet, there is change. Each day I’m inspired by the dozens of companies that engage with the Shared Value Initiative, with the Base of the Pyramid labs led by Stu Hart, with the B Corporation community, and with the Conscious Capitalism team among many other wonderful business-in-society organizations. Our recent collaboration with Fortune on their inaugural “Change the World” List points to companies taking on this journey in many inspiring ways.

There is also an emerging set of inspiring corporate leaders willing to craft a new business compact with society—the Howard Schultzes, Paul Polmans, John Mackeys and Richard Bransons of the world are poking and prodding in their own ways to cast off these old views of business-in-society. Sure, they make mistakes and sometimes they can seem to be creating one problem while they trying to solve another. But, any day of the week, I’ll take a corporate leader willing to take a swing at a vexing social or environmental issue related to their business over the legions of CEOs who are basically nowhere on this whole topic. And, when you consider the rigid systemic forces that all of these organizations and leaders are up against, you start to see these efforts in a near-heroic light. In summary, it’s easy to see that the much, much easier path for any one of these leaders or organizations would be to put their collective heads down and just manage their company or their job in the old fashioned way.

So, to close back with Eduardo Porter’s question: Nothing would make me happier than to live in a world where companies were out of win-win solutions to pursue. But, let’s be real and pragmatic, we are in the earliest days of turning that intriguingly simple proposition into a reality.