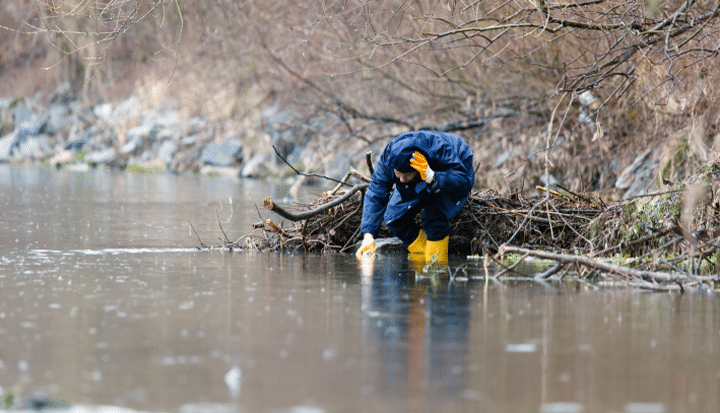 
This Sunday (22nd March) is World Water Day. But there is little cause to celebrate. As the twin-track Post-2015 Development Agenda rolls on towards hopeful denouement at the end of this year, it is Millennium Development Goal no.7c (halving the proportion of people without access to safe drinking water and basic sanitation) that is the least likely to be attained, according to a recent report from UN Water and the WHO.

It is disheartening to learn from the UN’s research that 1.8 billion people still drink contaminated water and that 1 billion people are still required to defecate in the open. The health implications of this are striking. Diarrhoea kills more people worldwide than AIDS, measles and malari... and WaterAid estimates that over 500,000 children die every year from diseases caused by unsafe water and poor sanitation.

At an event I attended at the European Parliament last year to mark the launch of the European Toilet Declaration, an activist exhibited a photo that illustrated the negative feedback loops of poor sanitation. It showed two people defecating into a river while, downstream, two others were fishing, unaware. Poor sanitation worsens every aspect of economy and society. So there remains an huge opportunity for what some are calling a “sanitary stimulus”.

Back in 2004, Guy Hutton and Laurence Haller published a paper for the WHO showing what good sense sanitation makes as an investment. Their research indicated that every dollar invested in Water, Sanitation and Hygiene (WASH) infrastructure, yielded between US$5-28. So even if the bottom end of this range is optimistic, there is a clearly a huge opportunity here. At the same time, the World Bank has attempted to estimate the costs of poor sanitation to developing economies: over 6% of GDP in India and Pakistan, over 7% in Cambodia, around 2% in Nigeria. So the benefits to economic growth of a healthier working population, lower child mortality and greater female empowerment are clear, not to mention reductions to healthcare costs. The key, nonetheless, will be in finding affordable, flexible and scale-able solutions to meet the needs of mainly rural areas.

This is where the EU has an important role to play with its current aim of strengthening the role of the private sector in achieving sustainable growth in developing countries. The overall EU position towards the post-2015 agenda is “the integration in a single framework of sustainable management of natural resources, basic human development challenges and drivers for sustainable and inclusive growth”. A lack of sanitation could not be a more urgent example of this connection, so it is ideal territory for the EU to focus on. Indeed, in its communication last year on “private sector involvement in sustainable growth”, the European Commission noted that sanitation is an area where “European expertise through PPPs [public private partnerships] can ....

The chair of the European Parliament’s Development Committee, Linda McAvan MEP, agrees, telling me that “the EU can play a strong role in mobilising a range of actors to achieve this goal, both through financial support and policy advice. In the same way it did in Europe, the private sector can have a big role to play in developing the infrastructure for sanitation, as well as achieving other SDGs, within the right framework. It is important to develop partnerships between private companies, public institutions, civil society organisations and local actors for this aim”. McAvan’s committee will be reporting on the EU’s plans for greater private sector involvement in development shortly.

Meanwhile, Michael Molloy, a former adviser to Caritas and the UN puts it this way: “You need a firm commitment. But think of all the jobs you can create by meeting this demand. You can create jobs in supply chains right across Europe and in developing countries too. And the great thing about improving access to sanitation is that it helps practically every single sector in an economy and creates secondary markets too. There is a massive opportunity for the EU here as there is for governments, institutions, foundations, charities, wealth funds and businesses.”

And as Paul Reig of the World Resources Institute has argued elsewhere on BFP, “inaction on water management issues will hurt businesses just as much as the communities and governments depending upon them”. So let’s hope the EU can lead the case for a sanitation stimulus at the next UN conference on financing for development and via the Post-2015 development agenda.