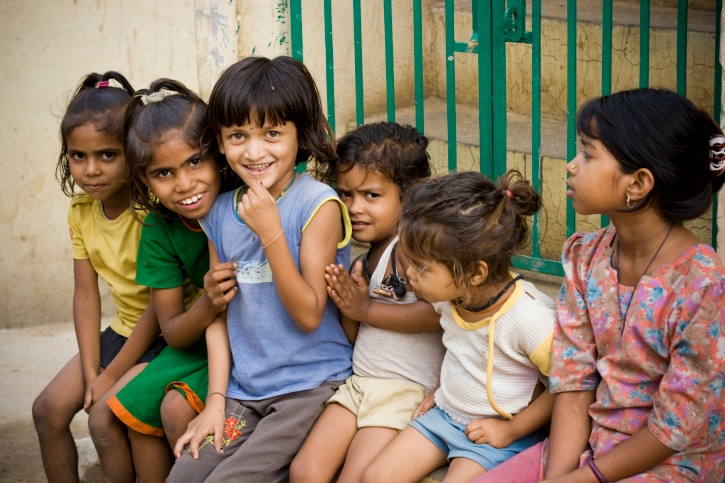 Poverty is a Human Rights Violation in India


More than two decades after the Bhopal Gas Tragedy in India, in which toxic gas leaked from a pesticide plant owned by Union Carbide, thousands of surviving victims are still waiting for compensation. India has also long been a destination for cheap labour. Where employability is not a question but employment is, families struggle to meet living standards with little or no improvement to their quality of life. And poverty itself becomes the biggest human rights violation.

Occupational Health & Safety standards are rarely world-class, even with global corporations operating in India, and especially in the mining sector, which is currently in the eye of a storm in relation to human rights and equity in India. Some of the biggest garment brand names on Western high streets were recently at the centre of a major sweatshop scandal in India widely reported in the local press.

An investigation reported in the Hindustan Times found people at the Indian suppliers of these firms working up to 16 hours a day – excessive overtime that is a flagrant breach of the industry’s ethical trading initiative (ETI) and Indian Labour law. Workers complained they were paid at half the legal overtime rate, and those who refused to work were threatened or sacked, a practice deemed under law as forced labour and outlawed around the world.

These brands also found ”high –risk issues in documentation and conditions”. Workers claimed they had to work 7 days a week – a practice condemned by all for workers in the garment sector and often denied the Right to Association as provided for by Law.

There are international market dynamics on pricing which exert pressure on the suppliers and the cost of a cheap product is borne by workers, who are generally asked to work for long hours with no breaks, overtime and are finally poorly paid.

The critical issue of fair pricing is rarely focused upon. When safety measures are ignored, it is not just workers but the community in the vicinity that pays the price as was witnessed in Bhopal. When occupational standards are given the go-by, and access to livelihoods taken away from local people including violating environmental laws, agitations follow and companies no longer have the “social license to operate” which companies like Vedanta confronted in Orissa.

For instance, a well-known multinational company faced allegations in India of its ultrasound machines being used to determine and abort female foetuses, whether ‘due diligence’ had been applied in the sale of the machines to unregistered medical practitioners and whether local socio-cultural contexts and adverse impacts were taken into account when marketing strategies were formulated.

What companies can do…

There are challenges of economic globalization and weakening of regulatory capacities of states. However international human rights law is transforming itself from imposing obligations only on states to taking into account corporations overseas where state control is not strong. “Governance Gaps” as identified by Professor John Ruggie remain a reality. Gaps include legal obstacles due to the complex structure of multinational corporations and inconsistency between what is permissible under corporate law and human rights law, the scope of responsibility directly imposed on business is yet to be clearly defined.

Companies operating in India could begin with following global health and safety standards, wage parity, affirmative action and diversity policies and avoid double standards. Those involved in Human Rights abuses face increased security and insurance costs and law suits. The price of getting it wrong cannot be underestimated! There is increasing public expectation, media and activist interest on companies to respect and strengthen their positive contribution to human rights. It is only by mobilizing rights positive action that we are provided with opportunities for victims to use them.