Alan Gibson, Co-Founder, The Springfield Centre: "The making markets work for the poor (M4P) approach: what it is and why it’s important" 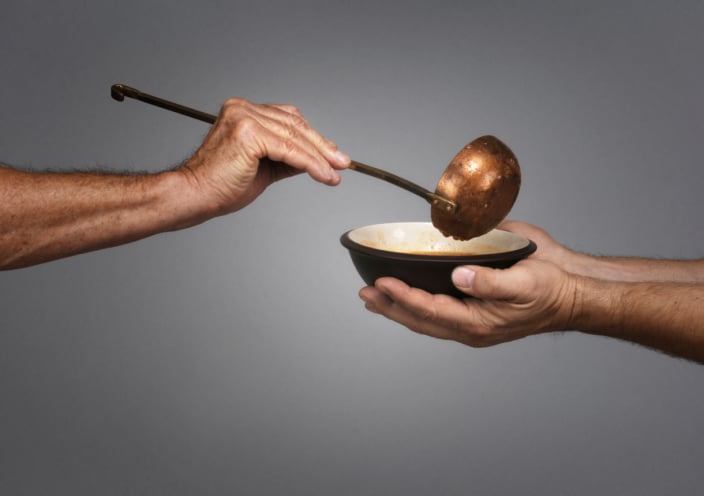 
Two warning lights in red should be acknowledged in considering making markets work for the poor. First, development has a long and inglorious tradition of interesting ideas descending into snappy but empty slogans. Second, in “making markets work for the poor” we have a slogan that ticks all the required slogan boxes – irritatingly wholesome, reassuringly nebulous, virtuous yet bland ….. how could anyone be against it?

But whether we call it by its full title or its variants (market development, the market systems approach, M4P – I’ll refer to it as M4P here [it’s easier]), this is an approach that offers more than a slogan. Experience and analysis and hard learning have shaped its development. And increasingly there is evidence of successful impact. For example:

1. In Uganda, facing the challenge of how to improve the information environment for rural businesses, an ILO implemented project stimulated change in the radio market system. More than 30 radio stations are now reaching 7 million listeners with programming specifically designed for SMEs (such as phone-ins, panels, investigative reports etc). Moreover they have the capacity and incentives to innovate new programmes – seen increasingly as the business norm to follow - while the supporting services (training, research) and the wider rules impinging on radio have also been developed. (In comparison, traditional projects that buy air time from radio stations produce a short-term puff of impact but no longer term change).

2. In South Africa, from a position 7 years when ago when just over one-third of people had access to bank accounts, more than 60% of people (9 million more people) have accounts. At the heart of this change process has been the FinMark Trust which has, among other achievements, facilitated new information services, product innovation, regulatory change and a wider ‘mood’ that has encouraged a higher priority for financial access.

3. In Bangladesh, the Katalyst project has introduced a new ‘business model’ for agriculture input suppliers and retailers that emphasizes the importance of enhanced information and advice for vegetable farmers. All the main companies involved now provide training for retailers and the improved information flow to around 1m farmers is resulting in significant productivity (and income) gains.

What unites these diverse cases is (1) their success in achieving both large-scale impact and sustainability and (2) the market development approach that they followed. What does this approach mean in practice? Well, there are now a number of resource documents that can help organizations wishing to know more (see www.m4pnetwork.org) but let me highlight four characteristics here.

First, it’s about changing market systems. Poor people and businesses don’t exist in magical isolation. If we want to bring meaningful change to their situation we need to change the systems around them. M4P provides a useful framework for thinking through these systems in terms of core transactions (supply and demand-sides) and the formal (regulations, standards etc) and informal (attitudes, values) rules and supporting functions (information, services) influencing these. And these different functions have to be undertaken by different players (in the jargon, this sees market as multi-function, multi-player systems). The purpose of the approach is first to identify and then to address the underlying systemic constraints that prevent market systems working effectively for poor people.

Second, it’s about facilitation. The rationale for intervention is that positive change in market systems is unlikely to happen by itself. There is no underlying Darwinian reason why markets should start to work better. On the contrary, there are often strong reasons – vested interests and incentives – that keep them stuck in paths of underperformance. Given this, the role of agencies is to be external catalysts for change – working with other players (private sector, governments, association etc) in the system to bring about change. It’s about stimulating other players – rather than becoming a direct player themselves.

Third, it’s about sustainability – a term often-used but seldom defined in development. M4P sees sustainability as the essence of development addressing underlying causes rather than (by definition) relief which is about symptoms. This means thinking through, from the outset, how market systems will work at the end of period of intervention, who will do and who will pay for particular functions (and who has the incentive and capacity to do so).

Fourth, it’s about ‘crowding-in’. By addressing the underlying constraints in markets M4P hopes to induce wider change beyond those directly touched. By changing the environment around business – the incentives, information, opportunities etc that shape behaviour – M4P seeks to unleash major pro-poor change.

What are the implications for development agencies of this approach? One is to recognize the potential for a common framework across development’s different ‘boxes’ – the disparate packets of expertise, each with jealously-guarded principles and practices. Not just the conventional PSD areas – finance, value chains, regulation, agriculture etc – but the many other areas of development endeavor where a systems perspective is applicable. When the Stern report describes climate change as the planet’s biggest “market failure”, it makes sense to have an approach that addresses it as a market system (or series of systems - the carbon market, markets for energy technologies etc). When health systems globally are failing it make sense to have an approach that recognizes their pluralistic reality rather than hoping, in vain, that governments somehow acquire resources and competence.

Wherever it is applied, of course, agencies will face challenges in operationalising the approach. And there are challenging issues where answers are not always clear – the role of government, going from firm-level to systemic change, the interface between market development and social protection etc.

But, overall, the most important point about making markets work for the poor is that agencies grasp the potential gains from raising their own horizons to the objective of market system change – large-scale and sustainable impact on poor people.

Post for by Alan Gibson, Co-Founder, The Springfield Centre