Agriculture Has the Potential to be Africa’s Engine of Growth, But The Opportunity Must Be Seized Now 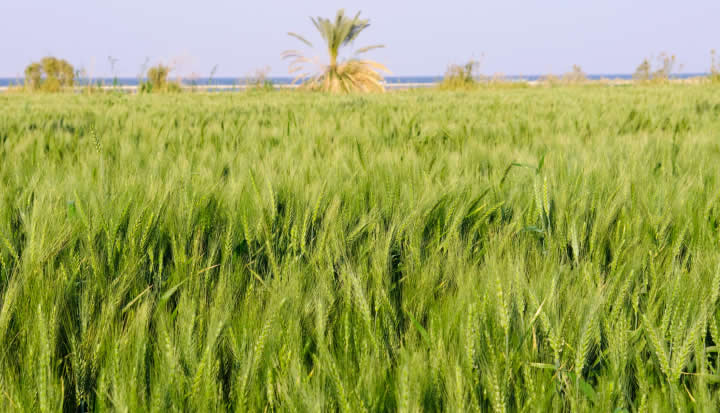 Agriculture Has the Potential to be Africa’s Engine of Growth, But The Opportunity Must Be Seized Now

The current global economic recession on top of last year’s food and fuel crisis has delivered yet another blow to Africa, and has reminded the world of the critical importance of investing in and releasing the region’s considerable agricultural potential. Our efforts should not just be limited to achieving food security. In the longer-term, Africa’s agricultural sector has the potential to be the engine room of regional growth, especially as we no longer can expect the same level of revenues traditionally delivered by other commodities.

Cereal consumption has now surpassed production capacity in Africa with the region now a net cereal importer, a situation made more precarious by low reserves of key staples in many countries. This comes at a time when global demand for food is projected to double over the next twenty years, with only a 7% increase in potential arable farm land available for cultivation.

This underlines the need for a renewed and concerted effort to develop agriculture as a core component of Africa’s economic development. Despite the downturn, now is the time to increase investment into agriculture and to drive forward policies and action to support innovation and sector growth. The barriers to agricultural development are well documented and understood, including a lack of financing and rural credit, the need for effective agri dealership networks, and the lack of properly functioning infrastructure, especially in landlocked countries. The key overarching challenge is to harmonise a complex agricultural value chain and make it work more effectively, from farm to marketplace with a particular emphasis on upgrading the commercial viability of the vast number of African small scale farmers and agri-business entrepreneurs.

The work we are doing to create an agriculture growth corridor along the existing Beira infrastructure and trading corridor in Mozambique illustrates a new way forward. Initiated in partnership with the Government of Mozambique, and organisations including the Norwegian Government, AGRA, World Bank, African Development Bank and InfraCo, the concept provides an example of how to tackle constraints, such as low yields, limited access to finance and poor quality infrastructure, through a holistic and co-ordinated approach. Crucially, the initiative is underpinned by an innovative financing structure, which combines commercial and concessional sources of finance. Yara has committed $35m to the initiative, which will develop fertiliser bulk handling and blending facilities at Beira port, to enable it to function as a more effective costal agricultural trading hub, especially for neighbouring landlocked countries. Yara’s financial commitment will also serve as an anchor investment with the aim of leveraging additional capital flows along the wider agricultural growth corridor.

Although the Beira Agricultural Growth Corridor offers a replicable model, we need a step change in the way stakeholders collaborate to achieve real and transformative scale, and the appropriate mechanisms and frameworks to deliver this, particularly as it relates to small holder farmers. This includes, for example, a greater willingness to share the risks associated with early stage investment in agricultural innovation, especially as it takes time and patience for new approaches to bear fruit. We also require more creative and flexible ways to leverage sources of finance to support and fast track promising new business models. The Africa Enterprise Challenge Fund is a good example of what can be achieved. We now need to take this approach to a new level linking the challenge fund concept to a broader range of patient and commercial capital flows whilst simultaneously developing a number of parallel, region specific, public-private partnership value chain initiatives all aimed at actively unleashing regional agricultural growth potential

In summary, we need to combine technical innovation with new financing and investment models, driven forward through more concerted and co-ordinated action being undertaken at scale. Perhaps most of all, we need to inject a sense of urgency – the opportunity to substantially grow African agricultural productivity and market capacity is now and we must seize it.