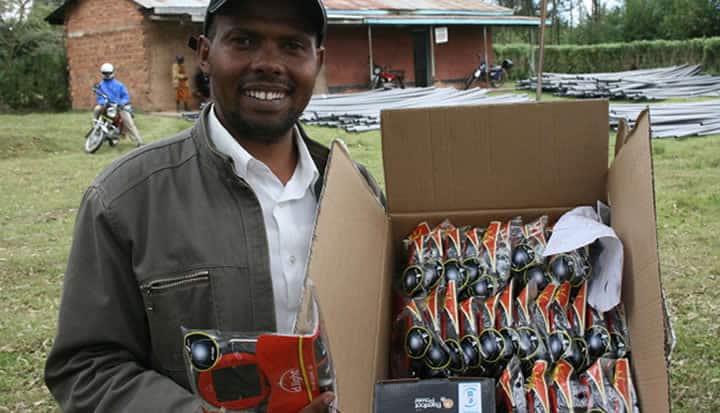 
I met up with a friend who works for a small tech consultancy recently. He had been approached by a company asking for advice on how to build a culture of innovation. The company ran a new ideas competition, receiving around 500 applications from staff, and then spending $1 million on the winning idea. My friend’s suggestion? Give $20,000 to the top fifty ideas, then further funding for the most promising. Why? Because no committee – no matter how experienced or skilled – can say for sure what will or won’t work. Only the evolutionary process of differentiation, selection and amplification can say for sure.

In a moment of unashamed geekiness, we found ourselves comparing the roles of agility, innovation and open-sourcing in our two sectors. It struck me that these are crucial if business is to fight poverty through enhancing marketing and distribution strategies for life-changing products.

According to the Oxford Group, ‘agility and innovation are often cited as the primary ambitions and concerns of CEOs across the globe. At the heart of both lies change, experimentation and, by design, some degree of failure’. From big data to cloud to car 'infotainment' systems, the open source concept has spread far and wide. Analysis by the Leading Edge Forum suggests open-sourcing is not an end in itself, but a tool to influence the market in a wide range of ways.

SolarAid’s story is already one of agility and innovation. The last mile community distribution model which enabled it to become the largest seller of portable ‘microsolar’ lights in Africawas discovered on Mafia Island in Tanzania after years of experimentation. Thanks to the flexibility of funders, including Barclays, Man Group and the Dutch Foreign Ministry, it had the agility it needed to focus all its efforts on refining and scaling the approach. Shortlisting SolarAid for a prestigious Ashden Award, Sarah Butler-Sloss, Ashden Founder Director said: “One of the biggest challenges in getting sustainable energy to the poor is getting to the ‘last mile’ – those remote rural areas where commercial distribution and retail networks simply don’t exist. SolarAid’s ingenious distribution methods are getting power to the people who need it the most”.

The model involves working with headteachers to promote lights to the parents of students. It employs a highly cost-effective peer-to-peer social marketing strategy to build trust, create demand and reach out to early adopters. Now that enough demand and momentum has been created by sales through schools, in the coming year SolarAid will seek to build an ecosystem of sales agents to sell lights to the broader community, thus proving that microsolar distribution at scale, through a range of channels, can be profitable. Ultimately the aim is to attract other players and investors to the microsolar distribution sector, enabling the market as a whole to rapidly grow.

Building a sales agent network is a risky and expensive thing to do. Agility and innovation will be critical. Drawing on its own experience and the experience of others in the sector, SolarAid will take a measured approach, focused initially on field-testing key aspects of the network, to learn fast about how the sales force should be managed, how agents should be remunerated, how to provide customer care and CRM, how to use technology and so on. The network will evolve out of these experiments. It will be scaled only once it is refined, and only if it is proven to be viable.

SolarAid seeks the eradication of the kerosene lamp by 2020. Such an ambitious goal cannot be achieved alone. Collaboration is crucial. Open sourcing makes sense - not as a ‘free for all’ or an ‘end in itself’, but as a means of building an alliance of organisations, each contributing to this goal in their own way. SolarAid will provide targeted assistance to organisations with the capacity and commitment to contribute to the eradication of kerosene, so they don’t waste time and money repeating our learning curve, and contribute from day one to innovation in microsolar distribution.

The size of the current solar market is so small, and the size of the potential market so big, that if we work together we can more quickly move from an ‘early adopter’ to a ‘mass adoption’ phase. When this happens, SolarAid’s business - with a strong position in remote, rural areas - will be well placed to deliver returns at scale. Perhaps even more excitingly, Africa will begin to build the diverse microsolar sector, with a wide range of African investors, manufacturers, distributors and routes to market, which it needs to eradicate the kerosene lamp.

7 responses to “Agility, Innovation and Open-Sourcing – Crucial for enhancing BoP Marketing and Distribution”