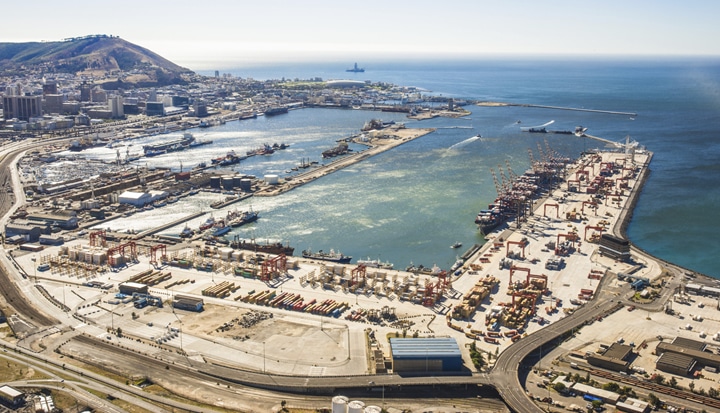 Click here for more stories about
Trade
Wednesday May 25 2011

Since the launch of Doing Business, what have you seen as the major trends in Africa?

Performance across Africa varies. Mauritius, for example, is ranked 20th globally in the ease of doing business, followed by South Africa (34th), Botswana (52nd), Rwanda (58th), and Ghana (67th). On the other hand, 9 of the 10 economies ranked lowest are in Sub-Saharan Africa. On average, the region still ranks 137th in the world. This indicates that local businesses and investors in Africa still encounter more red tape and less property rights protections than in other regions. But the trends we observe are encouraging.

While relatively little was happening in Sub-Saharan Africa earlier on, the momentum for regulatory reform has picked up across the continent. In 2004, only 38 per cent of countries in the region implemented business regulation reforms. Over the past 3 years, on average 60 per cent or more did. Sub-Saharan Africa has had the greatest increase in regulatory reform activity of all regions – off a low base.

The majority focused on simplifying business start-up procedures, property registration or customs processes to facilitate trading. In all three areas, countries implemented more regulatory reforms than in any other region. Particularly trade facilitation programs were often spurred by regional integration efforts. Trade cargo can move more easily within trade blocs such as the Southern Africa Customs Union thanks to a common transit document that can be used in all member nations. Other results are starting to show. For example, the average time to start a business in the region fell from 62 to 45 days, and cost from 233 per cent to 95.4 per cent of income per capita. The average time to import and export, albeit still the longest in the world, has fallen by about a week thanks to measures such as electronic data interchange systems in Madagascar, Mali and Tanzania, or reduced delays at ports and customs in Benin. So the direction of change is positive, and the potential of these measures can be great. For example, a study in Sub-Saharan Africa finds that a 10 per cent reduction in exporting cost is associated with an increase in exports by 4.7 per cent, a greater impact than would come from further reductions in tariffs.

Regulatory reforms such as the ones tracked by Doing Business can send a strong signal of governments’ commitment to sound institutions and policies. From this perspective, it is becoming easier to do business in Africa.

Which countries stand out as reformers?

Among the 30 economies globally that improved the regulatory environment for domestic firms the most over the past five years, a third are in Sub-Saharan Africa— Burkina Faso, Ghana, Madagascar, Malawi, Mali, Mauritius, Mozambique, Nigeria, Rwanda, Senegal and Sierra Leone. Last year, Rwanda, Cape Verde and Zambia were among the 10 economies worldwide that most improved the ease of doing business for local firms.

Such consistent reformers generally follow a longer-term agenda aimed at increasing the competitiveness of their firms and economies. Business regulation reform programs are part of that agenda and cover multiple areas. Since 2005, Rwanda, for example, has implemented 22 business regulation reforms in the areas measured by Doing Business. To give just one example of some of the results, starting a business required nine procedures and cost 223 per cent of income per capita in 2005. Today, it takes two procedures and three days—and costs 8.9 per cent of income per capita. Rwanda also introduced commercial legislation including a new company law, insolvency law and secured transactions law, all aimed at strengthening investor and property rights protections.

Mauritius is the highest ranked economy in the region, ranked 20th of 183 globally. It has continued to make changes to ease doing business, ranging from introducing commercial divisions at the court and overhauling the property registry, to implementing a new insolvency act.

What is the evidence that the reforms you highlight in Doing Business have had an impact?

With more economic opportunities, regulatory constraints on businesses have become more pressing. Governments increasingly focus on reducing these constraints. And reformers recognise that bringing more economic activity to the formal sector through business and job creation is the most promising way to reduce poverty.

Since 2007, more than 20 African governments have used Doing Business as a framework for policy reform. They have used the measurements to identify opportunities for regulatory reform, foster competition across multiple parts of government, and monitor progress. Some have specific targets: Rwanda to be among the top 100 globally; Senegal to appear in the top 10 in Africa. Leaders in each country are using these national goals to spur further action.

Cross-country analysis has also shown that regulatory reforms encourage entrepreneurship and competition, and enhance firm productivity — all factors contributing to economic growth. A recent review of regulatory reforms in four small African economies tracked an increase of over 50,000 new formal jobs in the first three years after straightforward measures to make it easier to start a business and related reforms.

An exciting development over the past couple of years has been a rise in systematic peer-learning. During peer-learning events in Mauritius and Rwanda, ministers and private sector representatives from 10-15 countries met to exchange knowledge to feed into their regulatory reform agenda. Mauritius, Rwanda and Botswana are among the ones taking the lead.