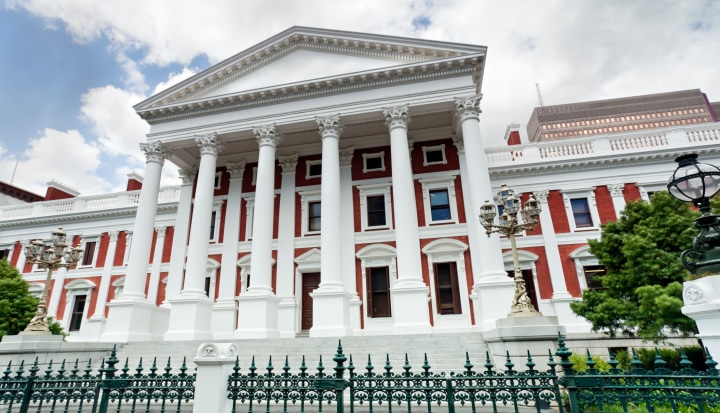 Nancy DuBosse, Head of Research, Economic Governance Programme at IDASA, the Institute for Democracy in Africa – interviewed for the New Africa Report

Nancy DuBosse, Head of Research, Economic Governance Programme at IDASA, the Institute for Democracy in Africa – interviewed for the New Africa Report


Interview with Nancy DuBosse, Head of Research, Economic Governance Programme at IDASA, the Institute for Democracy in Africa

What is the trend in governance and where are the success stories?

Perhaps the easiest indicator to track is national elections which are becoming more routine and more regular across large parts of the continent. 2011 is a big year for Africa; 14 countries will hold presidential elections. Several have already taken place, most notably the referendum which led to the formation of South Sudan, and presidential elections in Uganda and Nigeria. Still to come are Cameroon, the Democratic Republic of Congo, Egypt, and Liberia.

On the other hand, there are the existing tough cases – Zimbabwe, Equatorial Guinea, Swaziland and so on. But these instances are becoming more isolated. Amongst the successes – Ghana, where a very closely contested election was accepted by all parties; Kenya, which has bounced back from violence in 2007 and now has a legitimate internationally-recognised constitution; and the progress in Lesotho since civil strife burnt down their capital city. Finding successes is not difficult. Accepting that they are successes requires a change in mindset. Where a country has passed through the democratic door, the region ensures that it remains there. Debates are largely about the problems of democracy not the problem with democracy.

African citizens have now turned their attention to their standards of living and the economic opportunities available in their countries. According to our Afrobarometer public opinion survey (2008) in Mozambique, one-third described their standard of living as ‘fairly bad’ and ‘very bad’. Forty-two per cent of South Africans believe that the economic conditions in the country are much worse as compared to twelve months ago. Even the more successful democracies in Africa are struggling to provide basic social services, which, in turn, undermines sustainable growth. Recent events in Tunisia, Algeria and Egypt have shown us that not only economic growth but also citizens' perceptions of their welfare are critical to political stability.

How does democratic governance contribute to sustainable socio-economic growth and development?

Clearly, it is possible for substantial economic development to take place without democracy; and it is equally true that democracies do not always make the best economic policy choices. But research and our experience suggest that non-democracies are fragile and their end can be abrupt, while democracies have a tendency to self-correction over time. Furthermore, the principles underpinning good governance can advance socio-economic growth and development by fostering a sense of ownership and agency among citizens.

It is generally accepted that poor countries are not poorly resourced; that is, the most well-endowed countries tend to be among the poorest when it comes to socio-economic development indicators. The poverty actually stems from mismanagement, a lack of accountability, and a leadership vacuum. Democratic governance addresses this by creating systems which allow for these resources to be utilized in a fair and equitable manner. Indeed those signatory to the African Charter have committed to pursuing good governance under the belief that this is the best way to ensure that Africans are empowered to pursue quality and meaning in every area of their lives.

How can the private sector contribute to good governance?

One should not underestimate the extent to which Africa is becoming economically integrated. There are approximately 14 regional economic communities, with most African countries belonging to at least 2. Tanzania, for example, is a member of the East African Community (EAC), the Southern African Development Community (SADC), the Common Market for Eastern and Southern Africa (COMESA), and the African Union (AU). There are also trans-continental efforts for economic cooperation like the Economic Partnership Agreements signed between individual African communities and the EU.

There are, therefore, incentives and pressures towards adopting common political values and trajectories. At the same time, countries are becoming aware of the tremendous sub-regional diversity in challenges being faced by individual states. Finding one size fits all in any area of democratic governance support is difficult. This is one of the reasons why IDASA argues very strongly for the creation of flexible, durable and competent national non-state institutions capable of both monitoring and building democratic capabilities in as many African countries as possible.

Companies doing business in the developing world should adhere to some of the new measures that are being put into place. One of them is the Publish What You Pay (PWYP) campaign, a global network of civil society organisations calling for transparency in revenues in the extractive industries. The PWYP now has more than 600 member organisations.

Another is the Extractive Industries Transparency Initiative (EITI), a coalition of interest groups, which seeks better governance in the extractive sector of developing countries by encouraging the full publication of company payments and government revenues. Twenty-four countries have achieved EITI candidate status, sixteen of which are African countries including Cameroon, Democratic Republic of Congo, Gabon, Mali and Zambia. Fifty of the world’s largest oil, gas and mining companies actively participate in the EITI process. The EITI has also won the support of over 80 global investment institutions.

There are also issues of social responsibility that companies can undertake in the areas in which they do business. Ensuring against the exploitation of local residents is a minimum standard. Consultation of local communities in resource utilization or extraction and the creation of forward linkages in the communities are higher standards that companies should strive for.

Open societies invoke confidence, reduce risk. Information is vital to the day-to-day functioning of a democracy; particularly the private sector. Success in business is partially based on the policies and practice surrounding procurement, administrative procedures, contracts, public finance expenditures and service delivery. The private sector should advocate where they can for transparent systems. The absence of such will only undermine current progress and possibly create new inequalities and political instability.