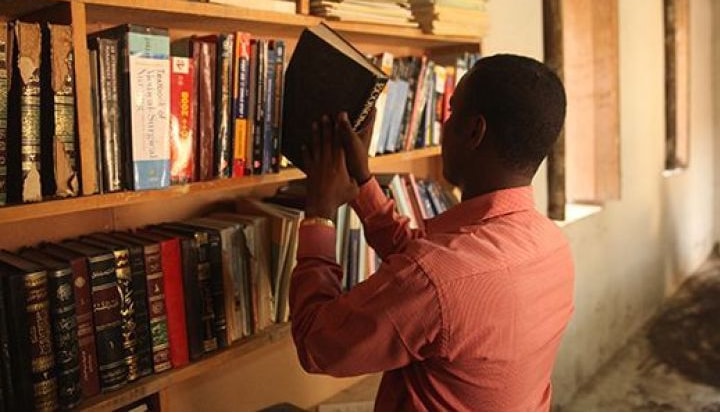 CHALLENGE: How can business help build the cultural foundations for peace?
Thursday July 25 2013


I recently participated in a conference on fighting piracy in Somalia. The topic: how to combat the thousands of men, AK47’s strapped to their backs, that were taking skiffs into the azure blue waters of the Indian Ocean to hijack and loot ships. The conference had a packed schedule, and international security officials discussed everything from the effective operation of prison systems to hold captured pirates to the logistics of coordinating anti-piracy security forces off the Somali coast.

But missing from the conversation were two critical numbers: 73 percent, the number of Somalis under the age of 30, and 67 percent, the youth unemployment rate. These two numbers hold the key to Somalia’s piracy problem. Youth unemployment and dissatisfaction feed not only lawlessness but also extremism, political instability, rampant poverty. Failure to address them spells doom for anti-piracy efforts that cost the international community hundreds of millions of dollars.

These two numbers are not unique to Somalia. Across the world, conflict and instability can have complex and varied causes, but in regions saddled with the dangerous combination of a large youth population and chronic unemployment, the risks are magnified. So what is the solution? It lies in those very same numbers: when you harness the inherent creativity and dynamism of large youth populations and connect them with the resources, support and skill sets to take control of their lives, you can create an entrepreneurship revolution that will create jobs, drive sustainable development and promote peace. The key is entrepreneurship.

Youth entrepreneurship accelerates peace and fights poverty in conflict-affected regions in four ways. In fragile communities, where often the private sector provides as much as 90 percent of employment, entrepreneurs are the key drivers of development. And when the largest sector of the population is under 30, as in Somalia, youth entrepreneurs can create sustainable jobs through self-employment.

When young people have opportunities for upward social mobility, they leave behind criminal and violent activities that drive instability. In Somalia, extremist groups have targeted youth for recruitment and they have been primarily successful because many of these youth are unemployed, live in abject poverty and have become disaffected. Self-employment can break that cycle of poverty and violence. Entrepreneurship also encourages a culture of change and innovation, and a feeling of pride in self-ownership, that can further benefit communities. And finally, in environments where governments and institutions are weak and infrastructure is poor, young entrepreneurs can provide goods and services that might not otherwise be available and improve the standard of living.

It is one thing to talk about an entrepreneurship revolution, but how exactly do you bring it about? Economic free fall, capital flight, and the collapse and deterioration of state and other institutions, have been the biggest barriers to entrepreneurship in conflict-affected countries. These challenges create two primary obstacles: access to capital, when youth do not have access to the funds they need to launch their own ventures; and capacity, when disrupted educational systems lead to limited managerial and technical expertise among young people. Improving the overall environment by developing infrastructure and rebuilding state institutions is important, but in the short term youth need financing and technical and entrepreneurial training.

Creating a supportive environment and building an entrepreneurial ecosystem is essential: fragile and conflict-affected states need assistance in rebuilding educational and public institutions, creating sound economic policies , rebuilding the financial and banking sectors, and developing laws and regulations that make it easier to launch and operate a business. In the short-term, however, youth entrepreneurs need an infusion of capital and building capacity.

Strategies to address these two challenges have emerged throughout Africa, from tech hubs in Kenya to youth enterprise incubators in Nigeria that provide seed funds and technical training. The story in conflict-affected regions like Somalia, however, is quite different. At a recent youth entrepreneurship summit in Mogadishu, the biggest challenge I faced was not in finding enterprising and dynamic youth, but hesitancy from potential partners who worried that Somalia, a failed state, was too unstable, its youth too radicalized and its infrastructure too shambolic. My argument: you don’t have to wait for a threshold of peace or stability to be achieved. You can make the biggest impact now. Youth in conflict-affected regions have the talent, the ideas, and the solutions to address the problems they face. They simply need the support and resources to make those ideas a reality.

My organization, The Iftiin Foundation, recently partnered with The State Department and The Tony Elumelu Foundation to hold a youth leadership summit identifying and training 50 young social entrepreneurs in Mogadishu. The city is bursting with youth activity; from student groups to sports leagues to youth led NGOs, Mogadishu’s youth are bringing the city alive. We partnered with several of them to help us identify participants. We had two questions for potential participants: what is the biggest social challenge in Mogadishu today and what do you want to do about it? The challenges that were brought up were not surprising: Mogadishu is emerging from a 22-year civil war. But the variety, ingenuity, and vision of the ideas put forward were thrilling. From training and giving seed money to businesswomen running stalls in Bakara market to a courier service for Mogadishu street kids to earn an income, there was no shortage of proposals. What happens when you connect everyone single one of these ideas with capital and the expertise? You have yourself an entrepreneurship revolution.

Ali, a 2013 New Voices Fellow at the Aspen Institute, is the founder of the Iftiin Foundation, an organization that incubates social ventures and groundbreaking projects to encourage a culture of change and innovation among young leaders in Somalia. He is also founding member of the End Famine campaign, which provided famine relief in the Horn of Africa region during the 2011 famine crisis. Born in Mogadishu, where he was forced to flee during the civil war, Ali has committed himself to assisting displaced populations and exploring the intersection between human rights law and international development, especially as it relates to post-conflict countries such as Somalia. He obtained a Juris Doctorate degree from Boston College Law School, and in 2010 was named by Secretary of State Hillary Clinton as an exceptional young Muslim leader. Follow him on Twitter at @mohamedaali.

The New Voices Fellowship at The Aspen Institute is a groundbreaking initiative designed to bring more expert voices from the developing world into the global development discussion.

The Fellowship, supported by the Bill & Melinda Gates Foundation, offers development experts from Africa and other parts of the developing world a year-long program of media support, training, research and writing under the guidance of experienced mentors and trainers.

The program will help Fellows to sharpen their messages, elevate their stories, focus their media targets, and communicate their insights across a variety of media platforms – illuminating crucial grassroots perspectives for a broad worldwide audience.

More on The New Voices Fellowship