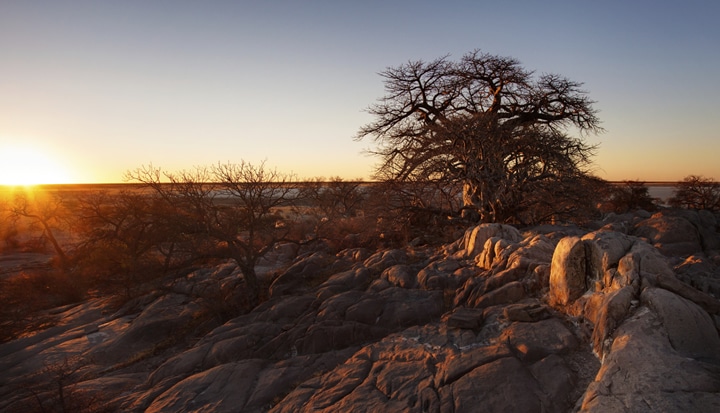 Have you ever heard of the baobab tree? If so, did you know that its fruit is naturally rich in antioxidants, fibre, vitamin C, calcium, potassium, and more? If you are like 88% of Londoners, then you won’t. This was the key challenge for Aduna, an Africa-inspired health and beauty brand that launched their obscure baobab fruit supplement in November 2012, with the ambition of growing it into a household name with the potential to be worth as much as $1bn to producers in rural Africa.

This is a story for entrepreneurs, of how Aduna went from struggling to sell 10 units in the course of 2 months to becoming the best-selling supplement in London health food stores such as Planet Organic and Wholefoods Market, and launching in the beauty hall at Liberty London.

Believe in Your Product

Impact Lab recently met with Andrew Hunt, Co-Founder and Managing Director at Aduna to learn how they had created a market for a product where none had previously existed.

Andrew and his co-founder Nick Salter began their company with one clear aim: they wanted to create a brand that could support small-scale producers at the same time as challenging perceptions of Africa by positioning itself as premium. Andrew’s passion for, and personal connection to the company and its products are palpable. A former marketing professional, it was during an unfortunate episode in Andrew’s life that Africa beckoned.

Suffering from clinical depression, Andrew’s family convinced him to take up an offer of volunteering in The Gambia for six weeks. In the end, Andrew stayed for four years, working in horticultural marketing and development projects. His time in The Gambia helped him to get a new lease of life and re-evaluate his career, and during that time he also witnessed the shortcomings of the aid model. One example of this was where donor funds were channeled into training women in agricultural practices but stopped short of helping the women access markets to sell their produce.

This experience combined with frustration at western perceptions of Africa as a place of handouts, poverty and FairTrade products, inspired Andrew and his business partner Nick to tackle the issue through the creation of a premium health and beauty brand that celebrated the vibrancy of Africa, rather than focusing on worn out clichés.

The natural choice for their first product was baobab fruit which Andrew calls “a marketer’s dream.” Growing wild across thirty two African countries, there is no such thing as a baobab plantation; every tree is community-owned. As well as representing a huge economic opportunity for an estimated eight to ten million rural households, the potential of baobab for the Western ‘superfood’ market was seen to be huge. However, despite the plentiful supply most African countries do not harvest the fruit as there is no ready demand. Andrew and Nick’s challenge was to create this demand.

The pair spent over a year working on strategic and creative development of their brand. As a business that is inspired by social impact, Aduna coined baobab “The Feel Good Fruit,” citing its “Feeling Good” health benefits, “Looking Good” beauty properties, and “Doing Good” social impact.

The team investigated different business models including using baobab in cosmetics before settling on baobab in the form of a supplement.

Realising that the visual appeal of their product would be critical, Aduna worked with several creatives, including an authentic designer of the wax print fabrics that are commonly worn in West Africa, to get their packaging right. The colour palette, imaging, and style of the packaging were all conscious decisions to create a sophisticated, eye-catching, and identifiably African product.

However, this was not enough to bring health food stores knocking on Aduna’s door.

Aduna may have had a winning product, but they faced a public that had never heard of baobab fruit, let alone its health benefits.

Aduna applied the following techniques to get their product onto shelves.

- Build and Utilise Your Network

First, the team used their networks to create a buzz about their product and baobab fruit more broadly. They also enlisted the help of specialist health and beauty PR professionals. On a shoe-string budget, Aduna was not able to pay the normal retainers expected by PR agencies, however, for a more modest fee, one of the individuals they worked with agreed to mention Aduna each time they met with a health or beauty journalist. Fortunately this resulted in Aduna being featured in a number of fashion magazines including Vogue, Glamour and Elle.

To further build brand awareness, Aduna contacted the Evening Standard to let them know about a new health product on the market. Knowing that journalists are always on the lookout for a new health trend, their persistence paid off and Aduna was featured in the newspaper.

Aduna’s big break was a chance meeting in a park between Andrew Hunt and Suzy Menkes, Fashion Editor of the International Herald Tribune. After hearing his story, Suzy invited Andrew to speak at the International Herald Tribune Luxury Conference on “The Promise of Africa.” Andrew recognised how networks, and particularly notable figures, can add legitimacy and visibility to a startup company. The chance to speak at the conference sparked interest in a couple of celebrities who were present in the audience. As celebrities expressed interest in baobab and the mission of Aduna, he took the next step by directly asking them whether they would be willing to be named as fans.

- Be Creative. Set Your Product or Service Apart

The next step was to get baobab products into stores. Aduna knew that their packaging was a selling point – they had designed it to be so – and they used it to set their product apart from other samples which end up on buyers’ desks. Aduna created a wrapping paper of their eye-catching baobab fruit packaging, and hand-delivered gift-wrapped samples to buyers.

But as the buyers for the UK’s top health food stores were swamped with sample products and e-mails this strategy didn’t immediately pay off.

For some buyers, the health benefits and the attention-grabbing packaging was not convincing enough, but Aduna continued to push. Despite the disinterest of many of the health food stores, Aduna felt they had a winning product. Instead of taking no for an answer, they regularly updated the buyers on recent developments and press coverage. They also conducted surveys regarding the health benefits of baobab, the results of which they shared with potential buyers. After 8-9 follow-up emails, they finally received an invitation to meet with one health store which resulted in an agreement to stock the product in five stores.

- Research and Respond to the Market

When the supplements finally made it to store shelves at the end of 2012, they were very slow to move. Just ten products sold in the course of two months. Aduna went back to their market research and found that 88% of customers had never heard of baobab fruit. They also realized that store managers didn’t know about baobab and so couldn’t help customers who asked about it. Aduna concluded that lagging sales were due to an information gap, and so with the help of their strong advisory board, they developed an education and awareness campaign.

They enlisted the help of 10 interns (‘The Aduna Feel Good Tribe’) who were passionate about Aduna’s mission and trained them to become brand ambassadors in-store. Standing at a sampling table in each retail outlet, dressed in an Aduna t-shirt and equipped with banners, samples, and a real baobab fruit, these interns shared the story of the baobab fruit and Aduna with customers as they walked past. The awareness building campaign introduced consumers to baobab fruit with promising results and wherever Aduna did this, their product rapidly became the best-selling supplement.

Baobab is now starting to gain recognition as a “super food" that can benefit energy levels, metabolism, the immune system, and skin health, and very soon Aduna will release the results of a clinical trial. Baobab is just one product which Aduna plans to bring to market and to help put African natural products on the map.

Aduna’s baobab range is available at a variety of leading UK health food stores. To learn more about the product, and its benefits, visit www.aduna.com

One response to “A Social Enterprise Supporting Small-Scale African Producers”